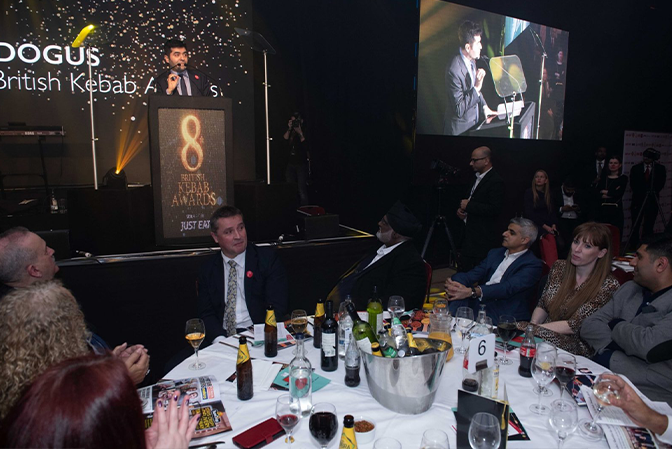 For the uninitiated, the British Kebab Awards probably sound like something attended exclusively by shop owners and those people from YouTube who eat the same food for every meal. While these two categories of people should not be taken for granted, the event is in fact better known in SW1 as a mainstay on the Westminster calendar.

Usually held in March of each year, this year’s October date not withstanding, the British Kebab Awards is one of the early events on the parliamentary social calendar as London comes out of its winter slumber. Last year saw then Labour leader Jeremy Corbyn, mayor of London Sadiq Khan, vaccines minister Nadhim Zahawi and 100 other MPs and Lords attend the awards. This is nothing to say of the scores of Westminster journalists seen every year taking up the offer of a free meal and an open bar.

Westminster’s most unlikely fixture also features high-profile media figures and politicians judging each of the many categories. The awards’ founder, and successful restaurateur, Ibrahim Dogus said the inclusion of politicians from the very first awards in 2013 was a strategic move and helped give the night a wider platform than otherwise possible.

“It was a very small event in parliament for the first one and we had Nadhim Zahawi judge the awards,” he says.

Getting the political class involved in the event was doubtlessly a savvy decision by Dogus and has ensured free publicity for the event through social media and other channels. MPs love nothing more than to show themselves mingling with different ethnic communities or with business owners, and the awards provides the perfect platform for this.

The parliamentary links the event can help forge may also be particularly useful for the hospitality industry post-Covid.

“The initial thing was to get the business community on board – without getting small businesses backing it the awards would not have worked,” Dogus says.

“Because there’s a huge appetite among our politicians and media to support small businesses, that’s where we see the strength of support coming from.

“A lot of the people in this industry are refugees. The awards really are a great way of telling the country that these people who came over as political asylum seekers or as immigrants – ‘look at what they’ve achieved’.”

Speaking to Dogus is reminiscent of meeting those kids in school who are involved in every extra curricular activity and proudly display a dozen different badges on their lapel. His list of interest groups, campaigning efforts, business ventures and charity work is overwhelming.

Dogus, a Turkish Kurd, came to the UK as a refugee in the early 90s and began working in the hospitality industry at 14. By the age of 23 he was running his first restaurant on South Bank, while also studying for an MA, chairing a Kurdish interest group and fighting a plethora of political causes.

He described this part of his life as consisting of “non-stop campaigning” and non-stop work.

“I managed to turn the restaurant around in three years by spending seven days a week and very long hours working,” he says.

He’s fiercely political and speaks about Labour with the knowledge and enthusiasm of a senior party official or MP. He stood in past two General Elections as a Labour candidate, coming painfully close in 2019 when he was selected for the formerly safe seat of West Bromwich East.

Dogus isn’t shy about his political ambitions and is open about the prospect of standing in the next General Election either in West Bromwich East again or elsewhere. His rags to relative riches story would certainly provide the kind of aspirational mindset and private sector expertise that is in short supply in the current parliamentary Labour party.

“I’m quite keen on providing a platform for international solidarity causes, which if elected I would want to do through a series of campaigns,” he says.

“A lot of people who have chosen the UK to be their home are also in need in a lot of different issues and I want to be able to provide as much as I can in terms of support as well as championing their domestic issues in the UK.”

It would be easy to suggest all Dogus’ efforts in running the Kebab Awards and making it into a Westminster-centric event were solely for the purposes of ingratiating himself with the political elite and securing a seat in parliament. While his ability for self-promotion is beyond doubt, his sentiments about the importance of promoting community and the hospitality sector really do seem genuine.

He says he would like to see the awards and his campaign work help people from similar backgrounds get into frontline politics.

“If people from diverse communities can see this and say ‘okay if these MPs are paying attention to our communities maybe we should pay attention to their campaigns’, then maybe some young people may start engaging with different political parties – which I hope it does,” he says.

“I would be delighted to see people working in the food industry are becoming more and more politically active as a result of the work we do.”

A survey of West End residents recently found that 80% of respondents are opposed to the council’s plans to construct taller buildings, we have…

END_OF_DOCUMENT_TOKEN_TO_BE_REPLACED 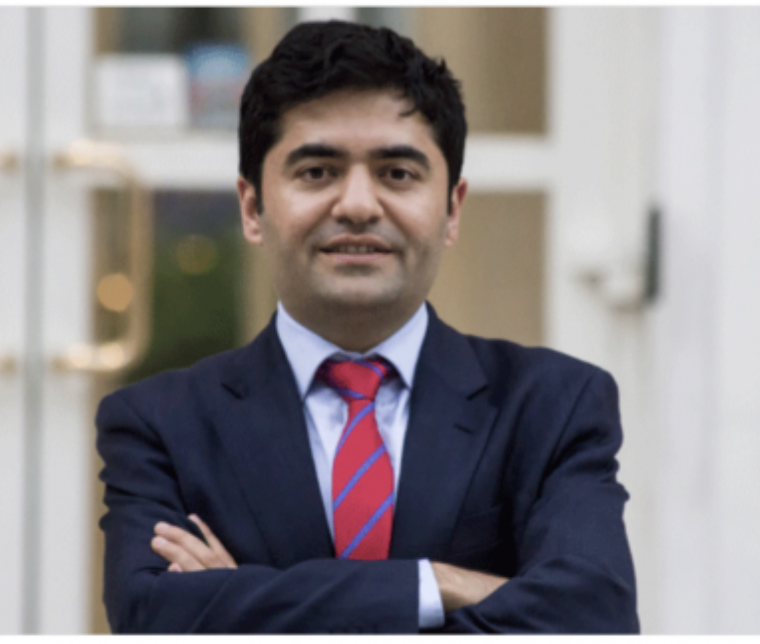