Thank you, my name is Ibrahim Dogus, and I am proud to be the founder of the British Kebab Awards.

Now in its eighth year – the high spot in the national culinary calendar.

Welcome to all of our distinguished guests, from the worlds of catering, politics, trade unions like Unite the Union, GMB, GFTU and many others, people from journalism, business…

Our mayor Sadiq Khan is here…

I’m going to start with a story.

It’s a story from Ancient Greece. It’s taken from Book Nine of the Iliad by Homer.

Homer describes the meeting of Achilles with Odysseus, on the warm shores of the Aegean sea.

‘He put down a great meat-block in the light of the fire…placed on it the meat of a sheep and a fat goat…cut into joints…then chopped it fine and threaded the pieces on spits. When the fire had died down, he spread the spits above the fire, and when it was roasted they took bread and served the meat.’

Yes, Ladies and Gentlemen, in the eighth century before the birth of Christ, Achilles and Odysseus were eating kebabs!

Homer doesn’t tell us if they had the extra chilli sauce, but the point is the kebab is one of the oldest foods in history.

It is also one of the most popular.More than 1.5 million kebabs are sold and eaten every day.

There are 20,000 kebab outlets in the UK, from doner vans to fine-dining restaurants, in every corner of the UK, often the last light burning on a late night, the light of the kebab shop, the light that never goes out.

A firm British favourite, a fixed part of our national love of takeaways.

As authors Sami Zubaida and Richard Tipper have said: ‘there is a lot more to food than eating and cooking. Behind every dish lies a world, a culture, a history. Dishes have social meaning, they have emotional and symbolic significance. Food is about power. It is an expression of identity and ideology.It touches on issues of class, gender, race and ethnicity. It is a clue to history. It has a language.”

And its not just our culture – it’s our economy too.

The kebab industry makes a huge contribution to the British economy – It isn’t easy.

Money is tight in many communities.

Not every part of the country is thriving.

Utility bills are up.

The cost of food is up.

But wages have not gone up, so people have less to spend, so SME turnover is down.

You can see the impact on every high street, with empty premises and rows of charity shops.

You hear it from the Bangladeshi Catering Association, from the national federation of fish friers, the Chinese restaurants and takeaways, and others.

That’s why we launched the British Takeaway Campaign spearheaded by Just Eat to speak up for the whole sector with one voice.

I hope Rishi Sunak hears the cries of our small businesses in his budget.

But despite all the challenges, we’ve created thousands of jobs in the industry and wider supply chain –the brave entrepreneurs and investors.

The brilliant dish washers and floor sweepers. The daring delivery drivers. The doughty serving staff and waiters. The creative chefs and cooks. Everyone who makes it possible for the customer to come away with a tasty treat at a price everyone can afford, as we have done for decades.

And that includes vegan kebabs and vegetarian kebabs, a major growth area according to the British Takeaway Campaign survey.

As Kebab Industry, We all come together to establish the Kebab Alliance, working all year round for our industry.

When I came to this country as a refugee teenager, I started out washing dishes and sweeping floors. I served up food in Mayfair restaurants. I worked long hours and was glad of generous tips!

For many immigrants, the kebab industry and other parts of the food industry provides the entry-level jobs to get a foothold in the world of work.

For decades, Turkish, Kurdish, Lebanese, Greek immigrants, people from the Balkans, and north Africa, and all around the Mediterranean have come here to build the great British kebab industry that we are celebrating tonight.

I am not sure what the Government is trying to achieve with its changes to the immigration system.

I’m not sure if their definition of who is, and who isn’t ‘skilled’ is very helpful.

I do know that as the plans stand, they will hit the catering industry hard, making it harder for small businesses, and worse for customers.

I would urge Ministers to think again.

And I urge every MP here tonight to raise these issues in parliament.

And it’s not just the kebab business – but also the wider takeaway industry.

That’s why I am proud to chair the British Takeaway Campaign, advocating this multi-billion-pound sector of the economy.

And the thing about immigrants is – we work hard.

We want to get on.

We want to provide for our families.

We pay our taxes.

If we’re fortunate, we start successful businesses and create jobs for other people.

We add value to our communities and our country.

Just think of all the immigrants who shape our country, from Mo Farah to Raheem Stirling to Lord Bilimoria.

And this country has benefitted from every arrival, each contributing another stone to the mosaic of Britishness.

What is more British than fish and chips, a Chinese takeaway, a tikka masala or a donor kebab?

We are proud to be British, even if we were born somewhere else.

That’s the true strength of Britain.

So, now we’re out of the European Union, let’s not descend into Little Englanders – let’s look upward and outwards.

Let’s open our doors to those who want to work hard and make a success of things.

Let’s look after one another – like at the With Love Café in Waterloo where we support homeless people by serving up fantastic coffee and giving people a helping hand.

3,000 meals for the homeless since we opened in August last year.

Let’s support our small businesses, with frictionless trade, fair business rates (or even scrapping business rates altogether and having a land tax), access to skilled workers from abroad like chefs, and other support for this vital sector.

I hope the Government’s new T-level will address the skills shortage in our industry – but it is not due to be rolled out for three years – what are we meant to do in the meantime?

Don’t forget SMEs account for three fifths of the jobs and around half of turnover in the UK private sector.

Again, we cannot close the door on talent and energy.

Let’s fight the rise in racism and reported hate crimes – often small businesses are at the sharp end of racist attacks and abuse, and let’s work with our police and campaigns like the brilliant Show Racism the Red Card, who are our chosen charity this year.

This year, more than ever, let’s make our country live up to its promise – a free, fair, diverse, tolerant and vibrant place to live and work, no matter where you’re from or whatever your dreams.

We have more nominations for this years Kebab Awards than ever before.

From Whitley Bay to Woking, from Hastings to Hackney.

And let me thank our British Kebab Award judges for their efforts this year.

And to everyone who nominated their favourite kebab house and restaurant.

I know the quality is high, the competition is fierce, and the judges’ job has been hard.

I am looking to finding out the winners shortly.

Before we make this year’s awards, we’re here tonight thanks to the generosity of several great friends of ours, and I’m going to name them all;

I know you will want to show your gratitude for their hospitality:

Plus all the business leaders here tonight who might become future sponsors!

I’d like to thank all the staff and volunteers at CEFTUS, Niall, Ayla, Victoria, Anil, Harun, Olcay, Ali Haydar, Svetlana and Sezgin, and the staff of the Madhus Catering and Westminster Plaza Hotel for hosting us, and to all of you for making tonight such a success.

And one very special person I would like to thank – my wife Raife.

Tonight, people across the UK are eating kebabs.

And I am sure that in another three thousand years, if we last as long, there will still be kebabs.

I need your support!

Dear friends, I am beyond proud to announce that I have been selected as the Labour Party candidate for the…

END_OF_DOCUMENT_TOKEN_TO_BE_REPLACED 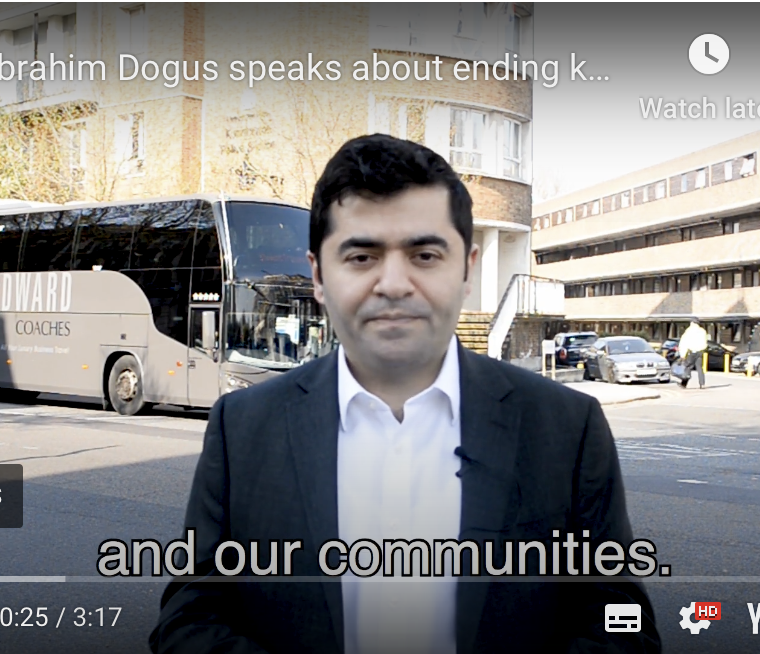