Relieving tensions in our society means more than just anti-terrorism strategy – it means a government ready to make real reforms across the country.

The appalling terrorist attacks on Manchester and London left us all facing a host of important questions.

There are the obvious ones such as who or what inspired the killers to commit such horrendous crimes and how can the police and security services prevent future outrages. But there are also questions that we need to ask ourselves about how we can strengthen the fabric of our society to make Britain a safer, more inclusive and more united place.

At present, that fabric is not torn apart, but it is badly damaged.  As well as the terror attacks, there are some very different factors that have increased levels of distrust in our community.

There was last year’s European Union referendum that saw the nation split over Brexit and more recently, the terrible fire at Grenfell Tower that left many rightly furious with the slow response of Kensington and Chelsea council.

Those that are seeking to divide us try to capitalise on that distrust to spread their own brand of discontent.

The worst elements of those divisive forces are contained in Islamic State which has the capability to inspire terrorist atrocities across the world. Britain remains at risk from so-called jihadis – fighters who have returned from Syria, Iraq and Libya, often with technical and military expertise they could use to harm us.

Despite its poisonous ideology, Isis has managed to offer its sympathisers an outlet to express their grievances.  It has been able to tap into those grievances and the aspirations of its followers with its sophisticated propaganda and skilled use of social media.

Isis will, however, not win and is losing the war on all fronts. Their so-called caliphate is on the edge of collapse after the defeat of Isis in Mosul.  But we cannot rely with certainty on their total defeat just because they are being beaten in their strongholds. There is always the risk they will try to rebuild and return to commit fresh crimes.

While our communities came together after the attacks on Manchester and London to prove that terrorists cannot divide us, we need to do far more to strengthen our society and make us even more resilient.

That includes the Muslim community in Britain – the vast majority of whom are rightly proud of their British identity. From their ranks have come thousands of selfless doctors, nurses, teachers and businessmen that have each done their part in making our society stronger and more prosperous.

There are multiple other examples and there is plenty to celebrate when it comes to the contributions of multiculturalism. In my own case, it was the proud moment for my staff and I at Troia restaurant when we gave meals, assistance and a warm and hospitable environment to the emergency services in the aftermath of the Westminster attack in March.

However, we must all do more. There needs to be a national debate on what not just the Muslim community, but all communities can do to repair our society and strengthen the bonds between us.

I believe that a crucial part of that change is fighting to get a Labour government elected to give us the stronger and fairer society that we all need and deserve.

Since coming to power, the Tories have axed more than a million public sector jobs; our nurses, emergency services and police have been denied the pay rises they deserve. Cuts to police budgets have made us a less safe country, ill-equipped to meet the challenges of crime and terrorism in the 21st century.

Labour will also address the increasing social inequality that has forced record numbers of people into poverty and help young people left disillusioned and disaffected by the Tories.

A Labour government would offer us a chance to heal and rebuild our society. In the face of all the attempts to divide us, the most powerful message we can send is that we will work together to build a better society for all. Against fear and hatred, the British public’s quiet optimism remains our greatest strength.

In the chaos of the Middle East, the world must stand behind the Kurds

It is one year since the lifting of the Siege of Kobanî. Many of us can recall harrowing images of…

END_OF_DOCUMENT_TOKEN_TO_BE_REPLACED 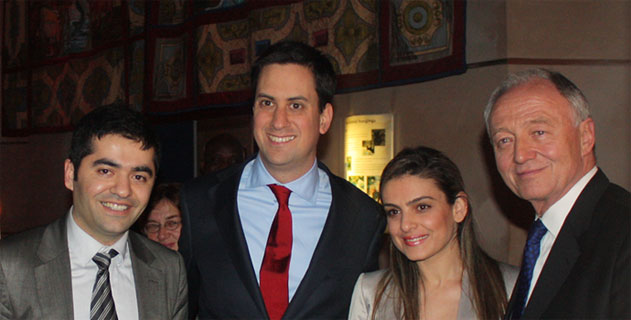 Fundraising will be a vital part of a successful campaign here in Enfield Southgate. Since I became CLP fundraising officer…