On 29 June the Queen’s Speech marked the opening of parliament under Theresa May’s new government. With a reduced mandate and no overall majority without the support of the Democratic Unionist Party, the government has scaled back its plans. The result is a legislative programme that has few priorities other than leaving the European Union.

This is insufficient, given the concerns that small and medium sized enterprises (SMEs) have been raising with the government.

At the forefront of these is the increase in business rates, which as many as three-quarters of small businesses say is the biggest issue they face. Rates recently rose steeply, after the first property revaluation in seven years. Revaluations are supposed to take place regularly so that rates can be changed gradually in line with the property market. However, the last Conservative government delayed the scheduled 2015 revaluation for a further two years.

The sharp increase brought into effect in April has affected smaller firms particularly badly. The Treasury’s spring budget announced plans for further rate relief to balance this rise, but as yet, this has not been forthcoming. Meanwhile, small businesses that have not paid their rates face the risk of being taken to court.

Plans to change the way that business rates are calculated in line with inflation also appear to have been shelved. The government had initially indicated that it would respond to calls by small business groups to move from the retail price index (RPI) to the more stable consumer price index (CPI). But with no mention of reform in the Queen’s Speech, this now looks highly unlikely.

Likewise, the government has failed to tackle the growing issue of corporate governance, with no new legislation designed to stop larger companies taking advantage of their smaller suppliers and contractors. Late payments alone force thousands of SMEs out of business every year. Despite the government commissioning a green paper on good governance in November 2016, the Queen’s Speech included no new proposals to improve compliance in this area.

Given this track-record, there is little to indicate that the government will listen to the concerns of SMEs as we leave the European Union.

SMEs will prove crucial to building a strong economy post-Brexit, but the potential for instability will impact on them the most. Currently nine out of ten export-orientated SMEs trade within the European single market, making it crucial that the government commits to guarantees on the single market and the customs union, or at least a significant transitional deal.

Twenty-one per cent of SMEs (that’s more than one million businesses) currently employ EU nationals but the Queen’s Speech gave no further indication of the future legal status of this workforce. And while there was a commitment to ensuring that the UK is able to attract the “brightest and best”, SME’s primarily employ mid-skilled staff. Given they are facing unprecedented levels of skill shortages, the Queen’s Speech does little to indicate that a new immigration system would allow SMEs to access the necessary personnel from abroad.

Having failed to provide sufficient guarantees over Brexit, the government must do more to secure stability in the business environment. Infrastructure is one of the most important ways it can act in this regard. After managing the impact of Brexit, most SMEs put infrastructure at the top of their priorities for government. The Queen’s Speech, however, contains limited commitment to infrastructure spending, making reference only to high-speed rail.

In this context, May’s recent appeal for other parties to “come forward with your own views and ideas about how we can tackle these challenges as a country” should be welcomed, even if it is a bit late. Supporting SMEs should not be a partisan issue, but the government is in danger of failing to listen to smaller businesses as it prioritises a hard Brexit and the concerns of large companies. It is therefore up to the Labour party to put SMEs at the front of the agenda; working with people across the political divide to ensure that we have an economy that works for the many, not just the few.

Defeated but slashed the Tory majority!

I was undeniably sad to learn we had not won the Cities of London and Westminster. But I think everyone…

END_OF_DOCUMENT_TOKEN_TO_BE_REPLACED 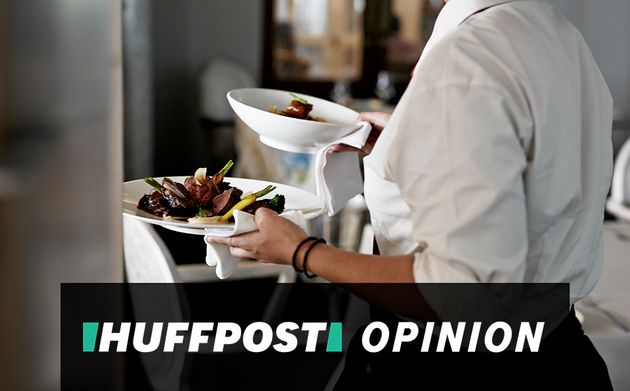 https://www.huffingtonpost.co.uk/entry/furlough-scheme_uk_5ea29b66c5b669fd8922907b As we prepare a payroll for the month the restaurants have been shut, I wonder how long we can…