In the early hours of Monday morning, the first steps were taken in the assault to recapture Iraq’s Mosul from Isis. The operation is likely to last at least until the end of this year, if successful it will end Isis’s territorial control in Iraq, depriving the group of its main stronghold. Complications are now arising, however, around the question of who will participate in the assault, which will have big implications for the future of Mosul, Iraq and the region, and of course UK interests there as well.

Baghdad has insisted only Iraqi forces be involved in the assault, while Ankara is adamant Turkish forces will take part. The very presence of Turkish forces in Iraq has sparked a vicious back and forth between the two countries’ governments over the last weeks, with Iraqi Prime Minister Haider al-Abadi saying Turkey’s actions could lead to a regional war. The likelihood of a regional war directly sparked by the Turkish troop presence in Iraq is currently very low. Iraq does not have the means to drive Turkey out. Iraq has threatened to take the matter to the UN Security Council but this will likely not matter as, Turkey having a role in the assault on Isis plays well domestically for the US, which has a veto on the council.

That said, the presence of Turkish troops in Iraq is an important matter. Along with Turkey’s recent incursions into Syria, it is a sign that Ankara is going to follow its own agenda in the region, with little concern for the status quo. Turkey is showing it will engage in international offensive operations and disregard its neighbours’ sovereignty. This new, more assertive and active engagement, is certain to change the dynamic of the conflicts spanning Syria and Iraq, and to an extent Yemen.

It is fairly well accepted that Turkey had been hoping for friendly Sunni presences in parts of Syria and Iraq as an outcome of the wars in these countries. By participating in the assault on Mosul, Turkey is likely pushing for this to become a reality, to have a friendly Sunni Arab presence in Mosul post-Isis occupation. Some believe Turkey wishes to install the previous Sunni Arab mayor of Mosul. Ultimately, Turkey is banking on the Iraqi state remaining weak and becoming ever more decentralized, allowing it to exert influence over the oil-rich Sunni Arab Mosul after its liberation.

Baghdad is very aware of this, and would like itself to be able to exert influence over Mosul. The Baghdad government is backed by Shia Iran and viewed with scepticism by the Sunni Arab North West of Iraq. Iraq’s Kurds, also participating in the assault, may have similar designs, although appear to be holding positions away from the city to avoid sparking ethnic tensions. The real battle for Mosul’s future will not be against Isis but rather between the competing interests over who exerts influence over the North West of Iraq.

This will have an impact on wider regional dynamics. A Turkish-influenced presence in Mosul would be a blow for Baghdad, backed by Iran. This may make Tehran more stubborn in Syria and Yemen, both conflicts in which the UK has a stake. While the UK’s main priority in the region is to defeat Isis, it finds itself, along with the US, Saudi Arabia and Turkey, lined up against Russia and Iran in proxy conflicts playing out in Syria and Yemen, and now in Iraq. UK forces are active to varying degrees in all three conflicts.

The losers in the aftermath of a liberated Mosul will likely double down on their aims elsewhere. The winners, feeling comfortable, may either tolerate concessions or push on for more. In Syria and Yemen, this will impact the willingness of the two blocs to reach a peace agreement. The sooner Russia, Iran, the US and Saudi Arabia can find a tenable solution for the future of Syria and Yemen, the sooner we can hope for some sort of resolution for the refugee crisis and the spreading regional instability, which threatens to drag UK forces in further.

Defeated but slashed the Tory majority!

I was undeniably sad to learn we had not won the Cities of London and Westminster. But I think everyone…

END_OF_DOCUMENT_TOKEN_TO_BE_REPLACED 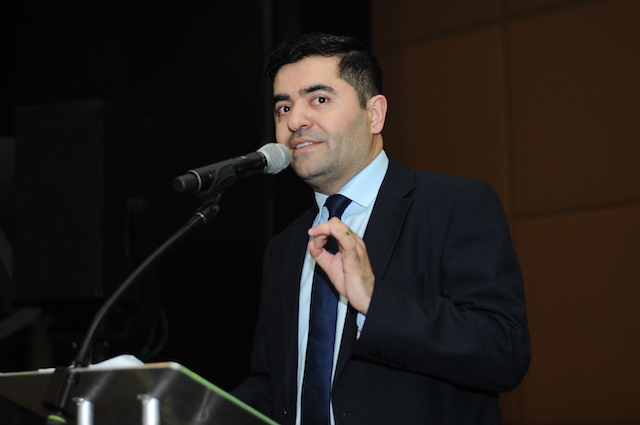