Good evening everybody.
Thank you for coming tonight – I appreciate very much that so many colleagues, friends and representatives of organisations that mean so much to me and to Lambeth are here to celebrate the past civic year.

It has been a year of contrasts.
We have had achievements which have shown the very best of Lambeth.
There are far too many to mention, but I want to highlight the Country Show, which goes from strength to strength.
I’m looking forward to this year’s Show which I’ll be going to and I won’t be under the same strict instructions to be well-behaved!

The borough has seen its fair share of success in music and sport.
Who can forget the incredible Khadijah Mellah’s victory at Goodwood in the summer? What an absolutely superb achievement that was – I congratulate Khadijah and wish her luck for the next race.
Of course, I didn’t lay a bet myself, but I am willing to wager we’ll be seeing a lot more of Khadijah in the future, supported by all of us, but especially the amazing people at the Ebony Horse Club.

In the world of music, we saw Streatham-boy Dave win a BRIT award for best album of the year.
Dave is a great role model for the borough: he is passionate, he has worked hard and let his talent shine.
Dave gave Streatham and south London a shout-out at the BRITS, so it’s only right we give him a shout-out back from Lambeth.
Well done Dave.

Throughout my time as Mayor, I have visited so many community events that are not so well known or famous or as big as the Country Show, but nevertheless, showcase the talent, the spirit and the best of Lambeth.
This is especially true of the work of small charities or groups, such as the one I visited yesterday.
I was lucky enough to meet some local residents from the Vauxhall Gardens Estate and users of the Lambeth Day Centre.
They are using art to combat loneliness and to build friendships. I was genuinely moved by their creations, but also the genuine links that their work is inspiring and forging.
It’s that sort of work and that sort of friendship that makes this borough such a life-fulfilling place to be.

And, at times, we have needed that.
There have been less good times and days that have challenged us. Just a few weeks ago, we witnessed terror in our borough.
And, some people in this room have had to deal with heart-breaking loss and pain.
Others here this evening are battling a system that sometimes makes life hard.
But all those adversities bring out the best in Lambeth.
We see communities pulling together to show those who seek to divide us that they will never win.
And people pull together to help those in need in our borough like nowhere else I have ever known – and as you know, I am well-travelled!
That sense of coming together and helping neighbours in need are the values of the two charities I chose to support when I had the honour of being elected as Mayor last year.
And these two brilliant organisations are why we are all here tonight: we are here to raise money to help people help others.
I deliberately chose charities that are supporting people that have been through, or are going through similar experiences to my own.
I wanted to highlight the contribution of migrant communities to Lambeth and emphasise what an important role they play in what makes Lambeth great.

Many of you will know the Migration Museum. If you don’t you should and you’re about to.
The Museum does incredible work promoting and educating people about the benefits of migration. Not just in terms of the economic boost to UK PLC, but also the richness of cultures and the diversity in thought, ideas and art which make this country so wonderful.
We should be proud to be a borough of such rich diversity. Things aren’t perfect, but one of the joys of Lambeth, is the ability to walk down any of our streets and hear so many different languages. We get along and we get along well.
Lambeth is the Windrush borough after all. We have always opened our hearts and our doors for those who have come here to work, to settle and to put down roots. I hope we continue to do so.

As well as the Migration Museum, I also chose Lambeth Refugee Welcome as a supported charity.
LRW is a small organisation, made up of volunteers who provide much-needed advice and help for those fleeing persecution elsewhere, but who need support to make a home here.
That sort of work is crucial, now more than ever – they provide help to buy furniture, or fill in long and complicated forms to access benefits or payments. Such form-filling is difficult for anyone, but imagine trying to do it if English is your third or fourth language, or if you have little English at all.
That is what Lambeth Refugee Welcome do – and that work needs your support.

Two organisations who make such a difference.
In a borough where difference is valued and cherished.
I want us all to celebrate that difference and help keep that work going.

So, show the Best of Lambeth again, tonight.
Thank you. 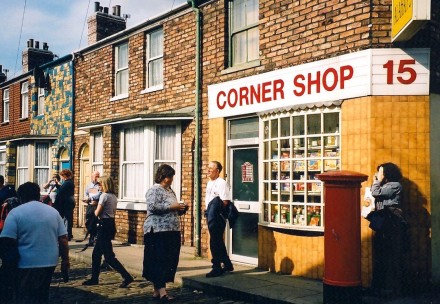 It’s time to make sure that Labour represents small business

END_OF_DOCUMENT_TOKEN_TO_BE_REPLACED 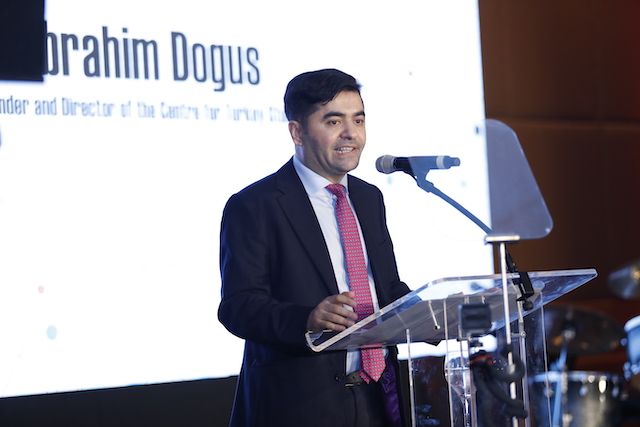 I am the founder and director of CEFTUS – the Centre for Turkey studies. And I am also the deputy…