My latest piece explaining why I want to be a Labour candidate for Parliament at the next election was published by Left Foot Forward:

Like most refugees and immigrants, I could write an entire book about why I came to this great country to start a new life.

With a new and dangerously right-wing prime minister installed in Downing Street, however, there is no time to produce a lengthy tome.

Instead, I put pen to paper today to explain what brought me here and why – despite Britain finding itself in a political crisis exploited by a hard right Prime minister, Boris Johnson – I am more glad than ever that I came to Britain.

In a word, it was because of opportunity.

I came to London in the 1990s having been born into a Kurdish refugee family. I started working in a restaurant in Mayfair at the age of just 14 and went home each night to temporary accommodation. I was washing dishes and serving tables each evening at an age when other kids were playing football or computer games with the friends from school.

So yes – if it needs explaining to Tory backbenchers on the European Research Group – I was like millions more immigrants who came here to work and refugees who fled oppression and persecution. I set up my own restaurant, grew the company to become three different eateries in the South Bank, and then handed over responsibility to my wife and the board so I could concentrate my energies on community work.

Britain cared about me from the moment I arrived here and I immediately grew to like and love my fellow Britons. And, when aged 22, I became the target of organised criminal groups due to my anti-gang, anti-drug community activism, it was the NHS which saved my life.

Now I want to do all I can to represent the people alongside whom I grew up.

That’s why I stood as a councillor in Lambeth and took on the role of borough mayor.

And that’s why I aim to get elected to parliament to speak up for my fellow Londoners.

I was proud to stand in the Cities of London and Westminster against Mark Field in in 2017.

Friends and rivals told me it would be an uphill slog, even a wasted effort – but I cut the Conservatives’ majority from nearly 10,000 to just over 3,000. Suddenly the City seat had become a swing seat and a legitimate target for Labour campaigners for years to come.

Of course, I had faced much greater odds in the past, like trying to make it in business when an ugly minority of Londoners shouted “go back to your country” at me in the early 1990s. I laughed as they didn’t realise London had already become my home. I was here as part of a refugee family reunion programme.

I am writing this article to explain why I intend to seek selection once again for the Labour Party.

I have fought selection contests for Commons seats and councils seats in London but I have always put our party first – even amid some nasty smears ranging from the typical racist rhetoric (“terrorist”) to a very different type of lie (“a Tory donor”).

Now I hope that by standing again on a platform of clean politics it will encourage other activists from BME backgrounds to seek elected office.

I read Kate Osamor’s article in the New Statesman last month with great interest. She highlighted the imminent retirement of Kate Hoey in Vauxhall and reminded us all of how her mother, Martha, was blocked from becoming the candidate by Labour’s national executive committee (NEC) despite winning the support of her local party. Kate was duly selected, won the seat and went on to become a prominent Brexiteer.

Now Kate has called for the successful introduction of all-women shortlists to be echoed with a push for all-BME shortlists.

Whatever your stance on this, it is undeniable that Britain needs more BME candidates. In particular London Labour, fighting elections in the most diverse city in the world, should seek more BME candidates to ensure that the parliamentary party looks more like the people it represents.

I hope that one day I will be one of these representatives. Of course, like so many of you, I am Labour through and through. But I have worked on a cross-party basis to introduce changes that benefit the whole community even though that means working with politicians from rival parties with whom I disagree.

I set up Ceftus (the Centre for Turkey Studies) as well as the Centre for Kurdish Progress to bring differing groups together in a climate of respect and mutual understanding.

I have been behind two key party initiatives – SME4Labour and the Labour Campaign for Gambling Reform – which have been endorsed by Jeremy Corbyn and Tom Watson respectively. They have become a fixture at conference each year.

And of course, even those who are not into day-to-day politics may know the British Kebab Awards, which brings together restauranteurs, businessmen and women, politicians and so many more to honour the industry which we all love.

Today I run Lambeth Life, a community newspaper designed to promote the best of our borough and we are working on a new project to sit alongside the newspaper – a scheme to provide free food and drink to families in need, as well as the homeless. With Love cafe, based in Waterloo, would also aim to provide paid training for homeless people.

It has not always been easy being a BME activist in politics, as Kate Osamor explained so well in her article. I know, however, that Labour is the only party for me because it is the only party that can transform this country into a land of fairness and ensure the opportunities I had are available to everyone. 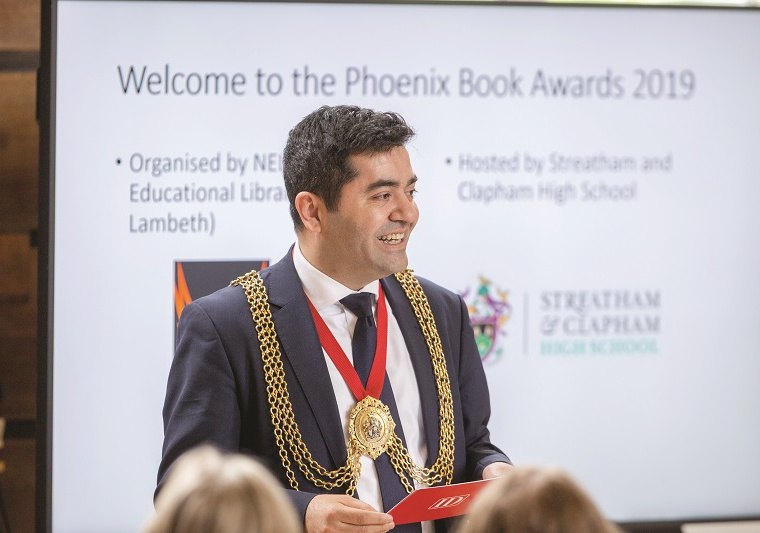 BY TOBY PORTER School pupils put children’s authors on the spot at a borough’s book awards. Readers from a string…

END_OF_DOCUMENT_TOKEN_TO_BE_REPLACED 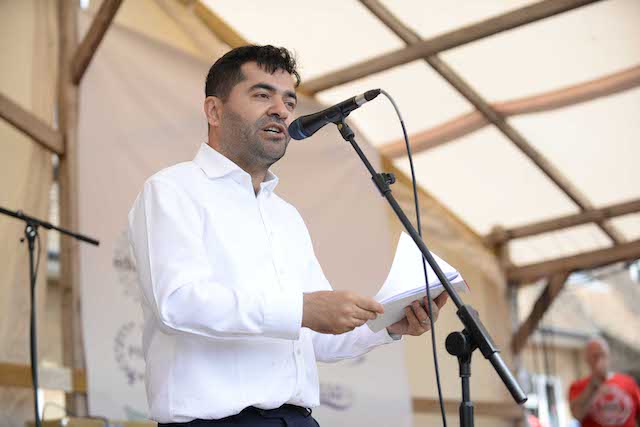 My speech at Tolpuddle Martyr’s Festival

Friends and comrades! It’s a real honour to be here at the Tolpuddle Martyr’s Festival commemorating the Martyrs and their…