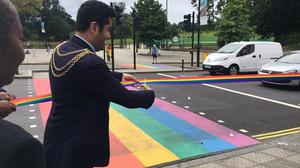 The rainbow road was installed by Lambeth Council to ‘show solidarity with the LGBT+ community in the borough’.

The UK’s first permanent rainbow crossing has been unveiled in London.

The rainbow road was installed by Lambeth Council to “show solidarity with the LGBTQ+ community in the borough” and officially opened today.

The crossing is in Herne Hill, outside the entrance to Brockwell Park.

“Walk the rainbow” messaging will appear throughout the borough, encouraging people to use the crossing.

Councillor Sonia Winifred, Lambeth cabinet member for equalities and culture, said: “This is a colourful and fun symbol of Lambeth’s inclusivity.

“We’re proud of our LGBTQ+ community and have a tradition of championing equality and LGBTQ+ rights – this crossing celebrates that and is a physical example of our bold and progressive thinking.

“What better time to unveil the rainbow crossing than in the 50th anniversary of the Stonewall riots. We’ve come a long way, and in Lambeth we’re proud to be leading the way.

”The mayor of Lambeth, councillor Ibrahim Dogus added: “This crossing is a symbol of the pride we have in our flourishing LGBT+ community and will light up Herne Hill with its message of inclusivity.” 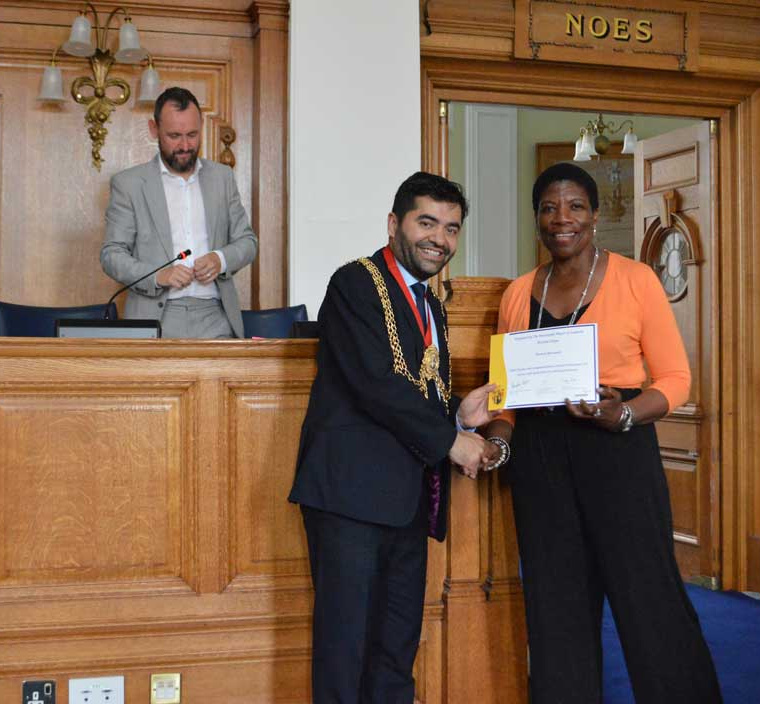 Lambeth council has made awards to long-serving school governor for the first time. Governors are all volunteers. Nearly 100 received…

END_OF_DOCUMENT_TOKEN_TO_BE_REPLACED 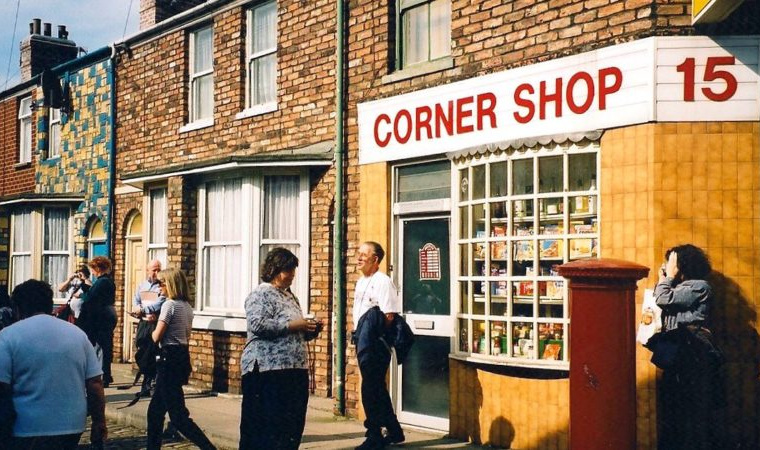