Iraqi prime minister Haider al-Abadi has said that Turkey’s decision to maintain its troop presence in Iraq could lead to a ‘regional war’. Al-Abadi alluded to military confrontation with Turkey, as well as Turkey’s activities in neighbouring Syria. These comments should not be taken too seriously. They are likely aimed at a domestic Iraqi audience. However, Turkey’s actions are definitely provocative, will have regional ramifications and indicate Ankara’s more assertive stance.

The likelihood of a regional war directly sparked by the Turkish troop presence in Iraq is currently very unlikely. Iraq’s largely ineffective military and its failing economy mean it simply would not have the capacity to successfully confront Turkey militarily, even if it did not have the threat from Isis, Shia tribal and militia-rebellions and an uneasy relationship with Kurdistan. As it is, Iraq could not maintain any kind of sustained military engagement and any frontline it opened with Turkey would be unsustainable due to the instability of its hinterland.

That said, the presence of Turkish troops in Iraq is a provocation and, along with Turkey’s recent incursions into Syria, a sign that Ankara is going to follow its own agenda in the region, with little concern for the status quo. Turkey is showing it will engage in international offensive operations and disregard its neighbours’ sovereignty. In the ‘real politik’ of the Iraq-Syria conflict nexus, what matters here is whether by doing so Turkey will anger a player it should not anger. If Turkish offensives begin to threaten the Syrian regime’s control, or if its activities in Iraq threaten Baghdad, then we may see a serious escalation in the region.

It is fairly well accepted that Turkey had been hoping for a friendly Sunni state in Syria as an outcome of the civil war, and it may conceivably have similar designs for the Arab west of Iraq. If its more proactive actions of late mean it is going to try and push for these to become a reality, then a regional war is a serious possibility. This would impact the kind of deal Russia, the United States and Iran are able to come to over Syria’s future. If Turkey attempts to make real on the ground what has been floated behind closed doors, we may see an acceleration of a peace deal that splits up Syria or an acceleration of the conflict to an all-out regional war, dependent on what Russia and the United States can agree upon.

Alternatively, Turkey may be pursuing the comparatively more modest aim of limiting Kurdish expansion. By doing this, there is far less risk of Turkey angering any of the big players in the region, other than the United States, who will ultimately likely never abandon Ankara. There is also the distinct possibility that Turkey currently does not really have a fixed goal, but rather a series of outcomes it is hoping for and will change course depending on the reality on the ground.

In any case, Turkey’s assertiveness is likely to change the dynamic of the conflicts spanning Syria and Iraq. Exactly how will depend on the actions of a number of actors, Turkey included. What is certain is that these conflicts, already complex, have become now even more now so.

Labour has in the past been tacitly and even directly accused of being inherently anti-business. The party has been accused of…

END_OF_DOCUMENT_TOKEN_TO_BE_REPLACED 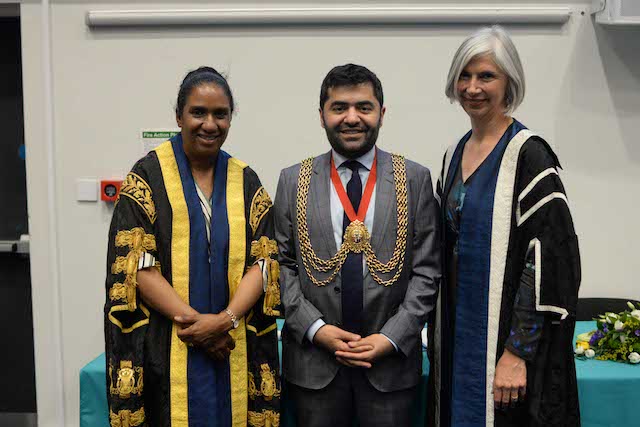 Hello all, I am delighted to be here today. The Children’s University is a fantastic initiative, that is doing great…